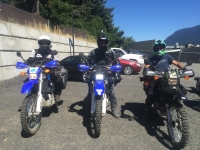 I enlisted the aid of my daughter Shelley and her husband Nick to drive us down to Stevenson, Washington in Dave’s van with the bikes loaded on the trailer behind. We left about 8:30am and arrived in Stevenson around 2pm. Got the bikes unloaded, my bags put back on my bike (the others were able to leave theirs on the bikes), got our riding togs on, bought some water, and finally got on the road about 2:30pm.

As with many parts of the route we had a bit of pavement to start with, but eventually we got to our first dirt road, 6808 (all numbers are fire/forest roads unless otherwise indicated). The first section of the route is from the Bridge of the Gods to Packwood. We knew we wouldn’t get to Packwood that evening because of our afternoon start, but that worked perfect for our planning because we didn’t want to camp in low elevations. The state was in a big heat wave and most locations below 2000 feet would be mid to high 90s and over 100 all week. No thanks!!

So we road through Triangle Pass at 1611 feet, then kept climbing towards Goat Point topping out at 2371 feet before descending to highway 66. Turning onto 1831 we followed the Little Salmon River for a bit connecting on to highway 18 before turning off that on to 86 and the climb to Trail Peak. That took us to 3500 feet with the peak another 480 feet above us. That cooler air at higher elevations is something we enjoyed all week. The whole section to Packwood is pretty easy riding which is a nice way to start the route. And the roads are all really pretty, kind of a canopy type of feel.

Tim:Since Tom had the GPS he was in front and Dave seemed content to be tail end Charley, I rode in the middle. (I think Dave wanted to see me crash)

Still, if you’re not paying attention you can still get in trouble which I found out rounding a simple corner heading up a hill. In second gear I let it lug a bit and when down shifting I got distracted and let myself wander into the weeds a bit on the left side. Next thing you know I’ve killed it and dropped the bike on the downhill side. Mostly embarassing. Tim was behind me and helped me pick it up, but little did I know but I tweaked my back picking it up. Got back on it, started back up hill but got pulled into a rut on the other side which had water coming down and kind of dropped it again. But with the rut there it didn’t really drop. Just tipped it upright and got going. This little incident was quickly forgotten but ended up following me the rest of the trip. 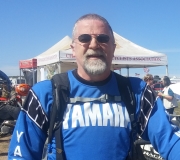 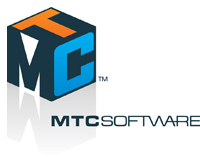